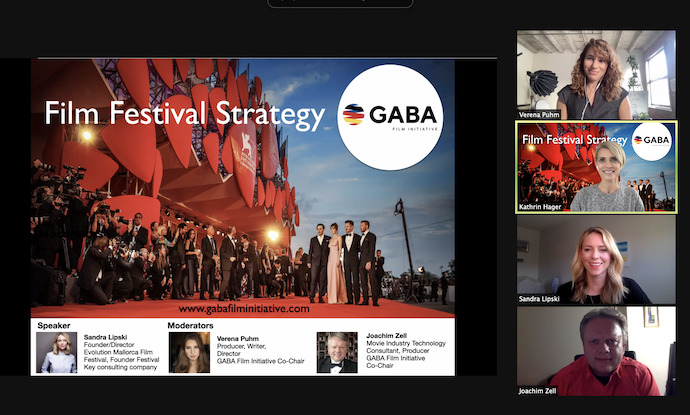 Becoming a successful and established filmmaker in society today can be a daunting task. The film industry is saturated with young, motivated filmmakers vying for attention. With that said, film festivals remain one of the best ways to garner awareness and recognition from some of the top film executives worldwide. Simply gaining access and being accepted to film festivals, however, can be a tall order.

GABA Southern California recently invited the founder of the Festival Key Consulting Company, Sandra Lipski, to speak at the “Film Festival Strategy” event. Lipski, who is also the director and founder of the Evolution Mallorca Film Festival, provided detailed advice on all things film festivals. Those in attendance received a thorough breakdown of what Lipski’s consulting company offers, as well as what intangibles are necessary for aspiring filmmakers to take the next step.

Lipski touched on a wide variety of topics pertaining to film festivals including knowing which festival fits best, what the executives involved tend to look for, how large a role preparation plays, and much more. Lipski also goes over the do’s and don’ts when communicating with film festivals, placing added emphasis on being precise, concise, and upbeat. The event concluded with an engaging audience Q&A session. – written by Shaun Canady

To RSVP to any of our future events, please visit the events tab.